The Good News for Energy Conservation

The time value of money has always worked against energy conservation. Traditionally a dollar today is worth more than a dollar in the future by a certain percent, known as the interest rate. The European Central Bank (ECB) declared this week that, for the present, this pillar of the worldwide financial world no longer holds. The ECB announced that they were instituting a negative interest rate, so in effect, money currently deposited in their bank is worth less than future deposits.  I googled interest rate, deflation, and several other relevant terms and read a few times that an interest rate couldn’t be negative. Surprise! European big depositors will now pay the ECB  0.1%/year for the service of storing their money. The growth rate and inflation rate in Europe is near zero.

The Federal Reserve’s key short-term interest rate has been as low as the 0.0% to positive 0.25% with their Zero-Interest-Rate Policy (ZIRP), which like most other economic theory, assumes that zero percent is the bottom limit. The ECB has proven that zero isn’t the bottom limit and that’s a radical development and a boon to all waste-reduction technologies including energy conservation.

The European Central Bank stood economic theory on its head recently by setting a negative interest rate for its large depositors.

So what does the ZIRP have to do with the energy-conservation industry? We’re selling future savings in return for an initial energy investment today. If we have to discount the future savings by a substantial positive interest rate, the savings become progressively less the farther in the future we go so the conservation investment appears less attractive than at a lower interest rate. In the U.S and Europe these days the interest rates for ultra safe investments like bank savings hover around zero. It’s good news that money today is worth no more than money in the future. In the case of the ECB, an amount of money today is worth less than the same amount of future money. 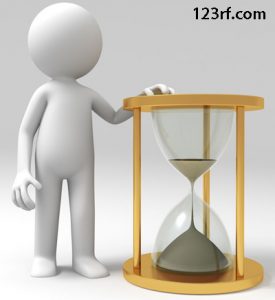 The ZIRP of the Federal Reserve and the ECB challenges the time value of money, a near universal assumption that money in the future is worth less than the same money today.

Low economic growth, low inflation, and low interest rates promote investments in waste reduction, or they should if anyone is paying attention. Energy conservation specialists often disregard energy conservation measures (ECMs) that have a 20 year payback. Hello, a 20-year payback is 5% return on investment! Find another safe investment that offers 5% annually. The passbook-savings interest rate has been less than half a percent for quite a while. 5% is spectacular. Many people and corporations have piles of money idling at >0.5%  interest rates.
If we energy specialists can provide the risk management for large investments, we ought to be able to sell more product with these new positive developments. By risk management, I mean assuring that the energy savings will indeed occur in the future. With large investments in energy conservation and other waste reduction technologies, we can create a more sustainable economy and reduce some of the effects of climate change.
Let’s use the interest-rate angle to sell more conservation.