Why heat pumps aren’t the answer to space heat yet

I talk to people who are convinced that the future of heating and cooling is heat pumps. If you have a passive house and you heat and cool with an on-site PV-powered heat pump, you are living this ideal future. However if you increase the electric load by installing a heat pump or by replacing natural gas heating with a heat pump, that decision doesn’t take us forward into a renewable-energy future, in my opinion. I believe that you can install a heat pump and achieve a coefficient of performance (COP) of 3 or slightly more. (A COP of 3 means that the heap pump delivers 3 units of heat for every unit of electricity.) However, I also believe that the average COP for existing heat pumps is much less than 3 because of poor installation, optimistic ratings, low airflow, unnecessary resistance heating, dirty coils, performance penalties for extreme temperatures, and human error because of the heat pump’s complexity. 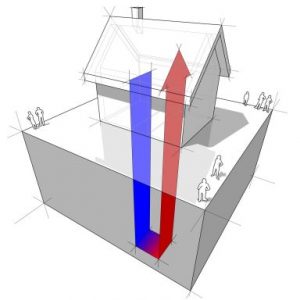 Heat pumps are a great heating and cooling option as long as we don’t increase electrical demand for dirty or uneconomical power.

If you’re using electricity from the grid to power your heat pump, you’re likely using dirty inefficient electricity. Greening our electricity generation system would be a step in the right direction, but greening the grid still wouldn’t give heat pumps an environmental advantage over fossil-fuel home heating with today’s technology. Greening the grid would require a radical change in American energy policy: Generating electricity with combined heat and power (CHP) and using more renewable fuels like wood chips and wood pellets. A big commitment to CHP doesn’t seem to be anywhere on the horizon for the US because citizens don’t want a power plant near them. I believe that our first energy and environmental priority is to reduce electrical load, or at least to take all necessary steps not to increase it.

Nuclear isn’t an option for greening the grid

The cost of nuclear power is born by both the taxpayers and the ratepayers. Like coal and gas electrical generation, nuclear power releases process heat into the atmosphere rather than using the excess heat to heat buildings. 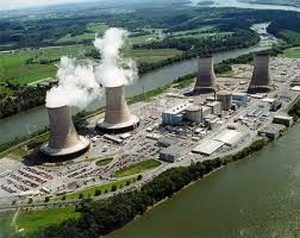 Nuclear power has huge safety risks and can’t survive without billions of dollars in federal subsidies each year.

The tab for federal nuclear subsidies is around 25 cents per kWh. If we ended nuclear subsides, all the costs of nuclear power which is 19% of total US electrical generation, shifts to the ratepayer. Nuclear plants would close and the price of all electricity would rise dramatically. Conservation and renewable energy could fill the electricity gap, if we transferred the nuclear subsidies to temporary conservation-and-renewable-energy incentives.

Natural Gas: Think about it.

Burning gas and renewable fuels like wood for heating buildings can be a transition energy strategy between nuclear and coal and the clean renewables of conservation and solar energy. At least we can use 60% to 95 % of the energy burning fuels onsite. 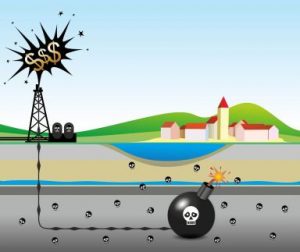 Making fracking safe for the environment might end the natural-gas free lunch and encourage conservation.

However, if we build more gas-fired power plants, without using the low temperature heat on-site at the power plant, we waste at least 60% of the potential energy in the natural gas. Generating electricity with natural gas without using CHP is something that we should definitely avoid.
We should actually save the gas for as a transitional motor fuel and fertilizer feedstock. The synthetic fertilizer, derived from natural gas and other minerals, allows at least 5 billion people to continue living here on earth.

The Danes banned electricity use for space and water heating in 1988 to stop electric load growth. This was a good first step for Denmark, a country likely to become the first to depend primarily on renewable energy. The Danes have communities and an island that are already powered exclusively by renewable energy. 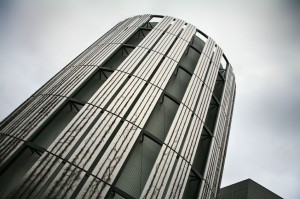 At CHP plants in European cities, low temperature heat is stored in huge tanks of water, and then distributed in the streets to homes and commercial buildings.