The Miraculous Properties of Cellulose Insulation 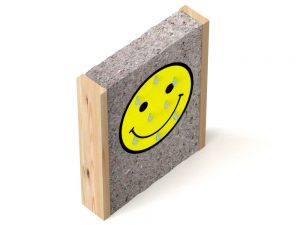 According to some experts in our industry, cellulose insulation has truly miraculous powers. Many years ago we noticed that blower-door readings dropped significantly after we dense-packed the walls of an existing home with cellulose insulation. Before long cellulose was described as the miracle air barrier system for existing homes. People, new to our industry, surmised that cellulose was primarily an air sealant. Meanwhile Canadian researchers measured the airflow through cellulose at 50 pascals and found that cellulose’s air permeance is more than a hundred-thousand times that of an actual air-barrier material like plywood or OSB.
I’m not pontificating against cellulose: I don’t expect it to be an air barrier. I’m a good cellulose customer.  I’ve used tons and tons of the stuff and will continue to use it as appropriate.  I like cellulose for attic insulation; its 13% settling doesn’t bother me at all, if you just plan for it. Too much loose-fill fiberglass in attics is just too loose to deter convection currents in cold climates.

Recently experts tell me that cellulose insulation is a moisture-friendly material. Cellulose happily adsorbs water vapor and cares for the molecules until it’s time for them to fly away to rejoin their little siblings in the indoor or outdoor air after that air becomes warm and dry. Some experts say you don’t need a vapor barrier (Class I vapor retarder) in a cold-climate, new-home wall filled with cellulose. But still I wonder what happens if the little water-vapor molecules form gangs and start making trouble as condensation?
Thirty years ago in Montana, builders were building well-insulated and tight houses that were experiencing moisture problems. They weren’t installing ventilation systems and didn’t want to. The builders reasoned that eliminating the ceiling vapor barrier would rid the building of the some moisture. They were right. I witnessed area-wide consistent wetting of cellulose in two four-plex attics built like that. The top two inches of the attic cellulose were wet and frozen the day I inspected the attic at an outdoor temperature of 10 degrees F. There was also about an eighth of an inch of frost on the interior of the roof sheathing too, again throughout the entire attic. I assume that this area-wide wetting effect was caused by water-vapor diffusion. Another time I saw attic cellulose turned to paper mache. It was so hard, you could walk on it. Again the wetting effect was distributed throughout the attic floor. Without a vapor barrier, vapor diffusion happens very slowly, but it still happens. For fiberglass, rock wool, or foam, I’m not as worried.

What Simple Physics Tells Me 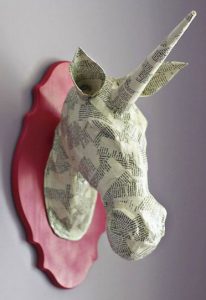 When I question the experts about the possibility of condensation happening in the coldest part of the moisture-friendly cellulose insulation, they tell me that Class II or III vapor retarders are all you need, according to simple physics. I think we’ve taken this vapor-diffusion-is-miniscule dogma a little too far. Simple physics and personal observations tell me that cellulose can absorb lots of water from condensation and that it never recovers from the experience. I recommend installing a vapor barrier on the warm side in cold climates when using cellulose as wall or ceiling insulation. However, don’t use a vapor barrier if the home will ever be air conditioned and so don’t insulate with cellulose in that case.