My Experience as a Trail Blazer

My friends laugh when I make the well-worn announcement, “You won’t believe this, but I got lost.” I’m famous for losing my way and leading others with me in the wrong direction. Like the time I guided my sister Sue and three mutual friends on an all-night hike across a grizzly-infested swamp in Denali Park, Alaska. Or the time I led my nephew Matt toward a mirage I mistook for White River Pass in Montana’s Bob Marshall Wilderness. We descended too low by 4 miles and 2000 vertical then had to re-step the distance and re-gain the altitude back over the continental divide. Overconfidence doesn’t mix well with directional impairment. Remember though, no one is obliged to follow me however confident I may appear.
Three weeks ago my wife Mary knitted anxiously for more than 2 hours in our car, while frantic and sweat-soaked, I skied my way out of the Stemple Pass cross-country ski area after splitting from our skier group to go just a little farther. A bumper sticker I once saw describes my approach precisely: “I’m lost, but I’m really moving.”  Today’s blog post chronicles last week’s adventure: Lost in New York City desperately seeking the JFK Airport. 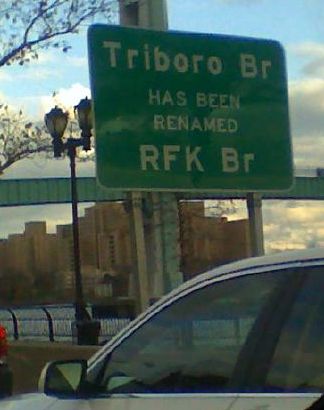 I flew through JFK  instead of Albany on my way to Saratoga Springs because of mechanical problems out of Helena. I conducted  a train-the-trainer seminar in Saratoga for IBTS Monday through Wednesday (Keith Ortale, Mike DeWine, Chris Doyle from IBTS along with well-known New England  trainers Bob Kahabka and Paul Raymer among other IBTS trainers). On Thursday after the seminar, we met at NYSERDA offices in Albany with the IBTS group, along with Lori Clark and her NYSERDA colleagues in Albany. After the meeting I drove to Syracuse to see my boyhood friend Tom Walsh, a prominent business psychologist. After breakfast at the B’ville Diner with Tom, I visited NYSWDA’s East Syracuse training center. Andy Stone, Dale Sherman, Chris Peters and I engaged in crude joking about unfunded health mandates while we toured NYSWDA’s amazing training facilities. Then we ate lunch, and I struck off towards New York City and JFK.

I stopped in Saugerties at the HoJo, which had free WiFi. I needed sleep and some help from Google Maps. My new friend Anthony Portillo from The City said I erred by taking the 678 over the Whitestone Bridge and 87 north out of the city from JFK on my way to Saratoga. He said that going through New Joysee was far superior. Google Maps agreed, and against my better judgment, I abandoned the simpler known route for a joyride through urban oblivion.
I missed a turn somehow and a guy in a limo said that the Triboro Bridge would redirect me toward JFK. I stopped at a convenience store to ensure my route was correct. The two Asian guys in the store  kept pointing and repeating “Tribo dat way.” One problem: What everybody calls the Triboro Bridge has been renamed: RFK Bridge.
So I passed the sign to the RFK bridge, and was lost again cruising down FDR Blvd. I exited into a neighborhood and pulled up beside a black SUV. When I asked directions to JFK, the Hispanic driver put his hand against his cheek and said, “Oh no!”  He and his wife argued in Spanish and couldn’t reach consensus on my route. Finally he  said, “You can’t  get deah from heah.”  “Dude, you could do it; c’mon tell me how,” I pleaded. Getting back on the causeway going the opposite direction required my guide to specify 8 turns. I exited FDR on 34th street and entered the Midtown Tunnel, which is like hurtling down a drainage culvert under the East River.

Saved by A Toll Officer 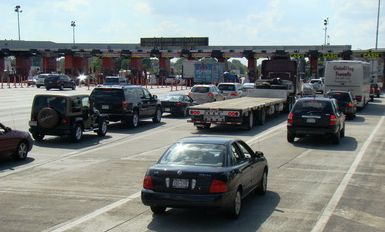 Out of the tunnel, I followed a sign pointing to JFK and thought I was home free. Then I was lost again in Howard Beach at the toll plaza. A courageous toll officer backed up a whole row of cars so I could turn around and go back to the expressway to JFK that I’d missed. After an audacious U-turn across all 8 lanes of the toll plaza, I found the turnoff after a mile or so. Minutes later, Enterprise Rent-a-Car and the JFK Air Train came mercifully into view.

The agent who printed my boarding passes told me to run as fast as I could. Breathless, I sprinted up to Gate 25 and asked if the flight to Detroit was still boarding. The gate agent said, “That flight is closed (pause) just kidding!” I boarded immediately.
Where was my smart phone or GPS you might ask? Those unnecessary trappings of modernity would only spoil my fun. Thanks for the memories, New Yauk.