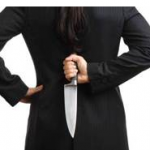 I recently attended the Women in Home Performance (WiHP) breakfast in Pittsburgh at the ACI Mid-Atlantic Conference.  Just prior to the conference, Amy Fazio (CEO of ACI) had graciously agreed to become my mentor—mentorship being one of the priority goals of WiHP.  I was at the conference to shadow Amy—my first assignment in our new relationship.


Amy was spontaneous and generous when she accepted my request to become my mentor.  After attending two of the webinars in the WiHP “Wake-Up” series, I was so inspired by the group’s initiative that I impulsively wrote Amy asking to become her “mentee”. Not having previously participated in a mentorship relationship, my impressions and experience with Amy have been stellar. 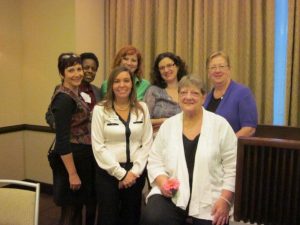 So when I sat down to the WiHP breakfast in Pittsburgh and the speaker, Dr. Ann Atkinson, raised the topic of women sabotaging one another in the workplace, I was shocked and surprised.  Sabotage had not been my experience, especially with WiHP.  However, in listening to Ann, I learned that this issue of dysfunction among women is frequently discussed and hotly debated.

Now my curiosity has been peaked on the subject of professional sabotage among women in the workplace.  Since returning from Pittsburgh, I’ve done some further reading and participated in many discussions on the subject.  I’d like to recommend this great article I found recently in Forbes Magazine.
http://www.forbes.com/sites/womensmedia/2012/10/03/women-leading-women-supporters-or-saboteurs/

Also interesting are the “call-outs” and comments on the article.

For further informative discussion on the topic of women’s rights and women in the workplace, please be sure to listen to Dr. Ann Atkinson’s presentation called “A Wake-Up Call” the first webinar in WiHP’s “Wake-up” series. It’s magnificent. http://www.affordablecomfort.org/women
Ann recounts American women’s struggle for equality and what it’s taken to get to where we are now.