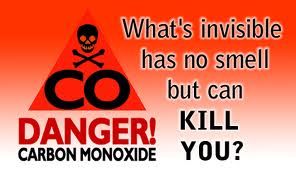 Am I wrong or are health mandates, such as combustion safety testing and ventilation,  crippling home performance and weatherization? The American quest for risk elimination wastes billions of dollars annually.


For example last week, I walked into the Helena International Airport, which has only two jetways. At 5:30 AM there were 12 TSA agents screening travelers. The US  reaction to 9/11 and other such risk-elimination projects will hurt our economy unless we evaluate risk and act to control risk in a cost-effective way.

Calculating risk is a 5000-year-old occupation related to insurance. The actuaries say that you can’t afford to reduce risk to zero. If the merchant’s risk-tolerance is zero, the cargo never loads and the ship never sails. My post on the topic of carbon-monoxide hazard related to home energy conservation began a conversation with readers about risk management. This post continues that discussion.

The risks of 1. global warming and 2. air pollution from coal-fired power plants is rising at a frightening rate. My guess is that more than one in 20 people worldwide  suffer respiratory illness, economic loss, hunger, or shortened lives from these two threats to say nothing of environmental destruction and species extinctions.
A representative of the Building Research Establishment (BRE) in the UK identified 3. cold drafty homes as the second leading cause of preventable death in the UK, behind falls, at the 2010 Healthy Homes Conference in Denver.  Home energy retrofits can mitigate these three risks at the same time that retrofits are reducing energy waste.
With global temperatures rising and whole countries blanketed in toxic air pollution, the weatherization and home performance community is handicapping its own effectiveness by adopting expensive and distracting health and safety mandates aimed at risk elimination.
Here is my guess of the chance of our technicians preventing a CO-related death. Let’s say that, after subtracting irrelevant CO deaths like generators operating indoors, there are 300 preventable annual CO deaths and 75 million households with combustion appliances. That’s about 1 in a quarter-million chance that any household will suffer a CO death in any year. Then let’s say that there is a 1 in 20 chance that a home has a serious CO problem and that a technician solves that problem. Now we’re at about 1 in 5 million chance of preventing a CO death. If our industry treats 250,000 homes per year that’s 1 in 300 homes with combustion appliances and now we’re at 1 in 1.5 billion chance of preventing a CO death.

I believe that our chances of preventing a single CO death are small mainly because of the low risk.  Of course, there are many unconsidered factors that could greatly increase or decrease this estimate. Feel free submit your own risk estimate as a comment to this blog post.
In my next post I’ll propose a simpler combustion safety evaluation-and-mitigation protocol. Then, we can work together on perfecting the protocol if you like.
Questions: Does anyone know of a documented case of a CO death, or a customer treated for CO poisoning  in a hyperbaric chamber, that is related to residential energy retrofit? Does anyone know of a documented case of a  lawsuit over a CO death or serious illness relating to residential energy retrofit?